Ozark Actors Theatre (OAT) is pleased to announce the appointment of Blane Pressler as the Artistic Consultant for their 2021 Summer Season.  Mr. Pressler is well known to the OAT audiences, having worked over the past decade as an actor, director and designer for the company. He was introduced to Rolla in 2011, and has performed in more than 10 productions on the OAT stage. During his time at OAT, Mr. Pressler joined the Actors Equity Association, the union of professional actors and stage managers.
Laura Light, OAT Managing Director, added, “The board and staff are excited to have Blane work with us as we make plans for the summer. We believe his artistic leadership will give us a strong, entertaining season as we safely reopen our doors.”

Beyond his work in Rolla, Blane is a graduate of Purdue Fort Wayne, where he now serves on the Alumni Community Board of Directors. In addition, He was formerly the General Manager of Open Bar Theatricals in New York City. Blane is truly thrilled to be joining the team at OAT.

OAT will be announcing their summer shows soon, with tickets going on sale in May.  In the meantime, to celebrate Missouri’s Bicentennial, OAT’s community theatre branch, The Cedar Street Players, will be producing Twain by the Tale, a collection of stories by Mark Twain, April 29-May 2. This show, directed by John Woodfin, will feature 9 local actors, including Amanda Engelke, Jenny Adams, Kevin Edwards, Lanin Thomasma, Craig Phillips, Michael Morgart, Audrey Smith, Ella Veo and Chris Johnson. Tickets are now on sale at www.ozarkactorstheatre.org or by calling the box office at 573-364-9523, ext. 1. 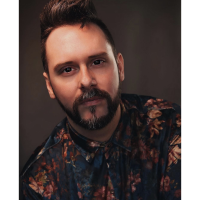