We are located two blocks South of I-44 on the left (corner of Jefferson and Eldon).

Just A Taste functions as a full-service ''tasting center.'' Whether your taste lean towards great food or great drinks, we have a top notch selection that is sure to please. For the Novice to the Connoisseur, our knowledgeable staff is here to help you navigate our selection and make recommendations . We also offer a variety of membership opportunities for those who want to explore the worlds of wine, beer, and spirits.

Our food and drink menus rotate with the seasons, using the freshest local ingredients possible. Chef Mark takes great care in preparing each and every dish, taking pride in how the dish is presented, and how it prepares you for the meal. Each time you visit, try something new; you may find a new favorite wine, beer, or cocktail. 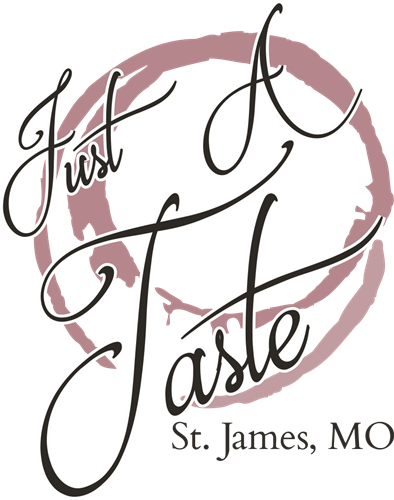 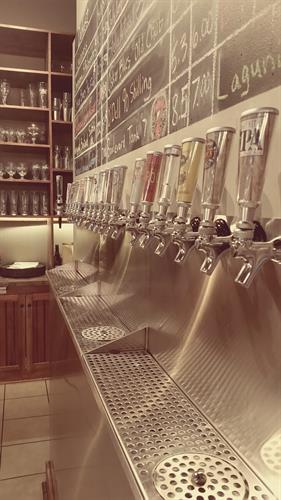 A shot of our tap line-up. 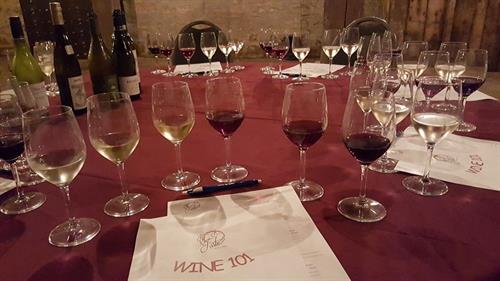 Wine 101 with Eric, our Sommelier 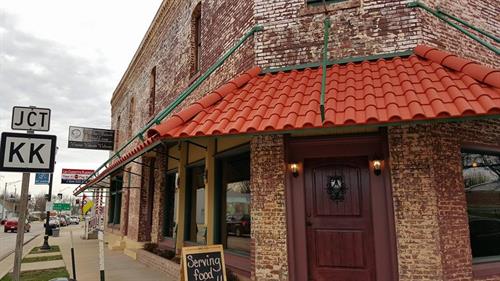 Casey Stuck is co-owner and Manager of Just A Taste.  He is also co-owner and Mazer of Eagles' Landing, the house winery.  Casey received his Bachelors of Science in Biological Sciences from the University of Missouri- Columbia in 2012.  Following that, he worked in Overland Park, Kansas for a private pathology lab for three years, all the while making wine and mead with Eric Taylor as they began the planning stages for Just A Taste and Eagles' Landing.

Eric Taylor is the co-owner and Sommelier for Just A Taste.  Originally, he studied music at the Conservatory of Music in the University of Missouri - Kansas City; however, he had a long interest and passion in winemaking.  Eric's family has "roots" in the grape-growing and wine industry of St. James, so planting the business in this area was a no-brainer.